You are here: Home1 / Blog2 / Twitter3 / Who Are All These People Following Me?

You are now officially on the Twitter map. You probably said or tweeted practically nothing so far but WHO ARE ALL THESE  PEOPLE FOLLOWING YOU? The people that are following you are one of two categories.

1) You followed them first and they are reciprocating. It’s generally considered nice manners to follow back but you aren’t technically rude if you don’t. I say Quality over Quantity!!!

2) They are “Follower Hunters”. They will follow huge amounts of people everyday. They either believe that higher amounts of followers are the way to be successful on Twitter or it makes them feel bigger/badder/more popular to have a high amount of followers. They followed you to get you to follow them back. Most likely you don’t yet have enough information or tweets on your page for them to be truly interested in you and your message yet.

If it bothers you receiving notification emails of the people following you, you can remove that notification. It’s used for you to see the activity on your account. As an example, you post a link to a video you have on YouTube or a blog you’ve written. Within the next 24 hours, you should receive many notification emails about new followers and that lets you know that your video/blog posting created an effect and people are following you after that post. It shows spikes in behavior and interest.

I simply glance at my new follower emails and delete them if I’m busy. Personally, I do a mass follower research session about once a week (I pick Saturday because I’m not generally working and I’m feeling leisurely). I sit down and click on my “followers” link on my Twitter homepage. I click on each person’s name and see who they are, what they have to say, and then make a decision about whether or not I want to follow them back. This process is part of the practice of understanding how Twitter works, who’s out there, and the people that you are interested in engaging with.

**One note. There is a high amount of spam on Twitter. After awhile they are easy to spot. The most noticeable is the “Cute Girl”. Generally she looks like she’s taken a picture with her cell phone in her bathroom. Often they are only seen from the chin down OR they are, ahem, inappropriately dressed. Frequently their names are Claire42020 and Stephanie4848756, cute names with numbers on the end. If you go to their page, you will see several things: 1) They are generally brand new with few tweets 2) The word “sex” or “single” or “teeth whitening” (?) shows up in their tweet stream 3) They are tweeting from API (used by programmers) instead of the web or a phone application. These are all clear signs that they are fraudulent accounts that are set up by spammers to get you to single dating websites and the like. Reporting them as spam does little good. I click on the gear looking button to the right of their name and choose “Block”. It’s just like spam in your inbox. I block ’em a couple times a week. UPDATE: Spam of this type has been greatly reduced since this was originally printed. But it’s still out there in other forms.

After you’ve explored Twitter for a few days, try saying something. It could be a general comment or to someone in particular. If you want to say something to me, “@kregobiz Do you want to go to lunch?” will come directly to me and only people that are following you and I both will see it. “Hey @kregobiz do you want to go to lunch?” everyone will see because it doesn’t start with the @ symbol. Even “.@kregobiz” will go out to the general world because I put something in front of the @.

IMPORTANT: Make sure you check your @ Mentions! Click on that and you will see all your mentions by other people that are directed to or just mention your name. This is how you check to see who is “talking” to you. TWITTER IS A CONVERSATION. If you aren’t talking back to people, you are IGNORING them. Mentions aren’t to be confused with Direct Messages, which is your private inbox, if there is such a thing. If you DM people or they DM you, it is private and no one else can read it. Only if you are both following each other do DM’s work. Your mentions are viewable by the public. Never forget that.

It’s a whole new language, I know. It just takes a little practice. 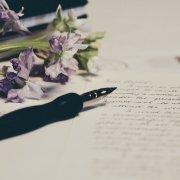 Hootsuite: A Tool to Manage Your Social Media Presence

Spelling and Grammar Only Matter When You Are Trying to Communicate!

Talk To Your Customers Through Video

How Will They Find Me?
Scroll to top